For The Animals & Planet 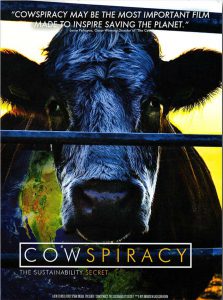 A plant-based diet solves so many things in one fell swoop: Health, Environment, and Animals. It almost seems like a magic bullet, but it is not magic and it is very attainable. The fact is that we are destroying our planet at a rate that is almost unstoppable but if we work together we can resolve the problems and heal the planet. For the past few years, humans have been using more than 2 planet Earths of energy and resources, which is not sustainable, and our usage is increasing. There is no question of if the planet will survive but the question is if the human race will. We as a human collective have to decide to change to less destructive ways of living and eating.

We have not found any single video resource more powerful than the film Cowspiracy for explaining the impact which animal agriculture has on our planet. Every person who eats a plant-based diet saves nearly 200 animals per year. The numbers vary between 100-200 depending on the study but no matter what you will be saving a lot of thinking and feeling earthlings by eating a plant-based diet.

The great news is that you can now watch Cowspiracy on Netflix. Click here to watch it.

If you have already seen the new cut of the film on Netflix which was produced by Leonardo DiCaprio and extended with new content and updated facts, then check out the Rich Roll episode with the creators of the film, Kip Anderson and Keegan Kuhn. They dive even deeper into the world the issues relating to animal agriculture.

Here are some of the other important facts and figures from the film: